Skip to content
This site has limited support for your browser. We recommend switching to Edge, Chrome, Safari, or Firefox. The next generation of alpine touring tech has arrived. After the unveiling of the Salomon Shift, the ski world waited with bated breath to see who would be the next to step up the game. Marker has answered the call with the innovative new Marker Duke PT 12 Alpine Touring Ski Bindings. At first glance, it looks kind of like a Marker Jester with a lever sticking out of its nose. But fold it back like the head of an Autobot, and you'll see the tech toe piece hidden underneath. The entire downhill toe actually comes off of the binding to cut 300 grams of weight from each ski while you're touring, then pops back in at the top of your line to form a big burly DIN 12 alpine binding for the descent. It tours light and fast, and skis with power, safety, and elasticity previously unheard of in a tech binding.

Convertible Toe – Option to remove the Ride Toe and save 300 grams per binding for hiking.

Auto Quad Lock Technology – In Ride Mode, toe piece locks itself at 4 different points automatically when stepping into the binding.

Stainless Steel AFD Gliding Plate – MARKER bindings are equipped with a movable AFD (anti friction device) supporting a precise release almost entirely unhindered by dirt, snow and ice! Individual adjustment of the AFD to the area of application enhance optimized functionality - from racing, for children’s bindings or on ski tours. 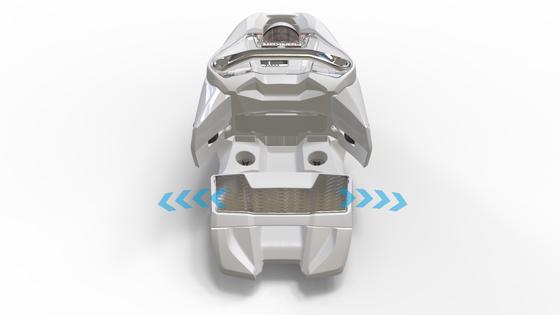 Anti Ice Rail – Use the metal rail to scratch off ice and snow below your boot sole.

Hollow Linkage Heel – This heel was redesigned from the ground up to optimize retention for all types of alpine and touring soles. The aluminium hollow axle saves on weight and maximizes the torsional stiffness. This very robust heel construction is best suited for the most strenuous of requirements. 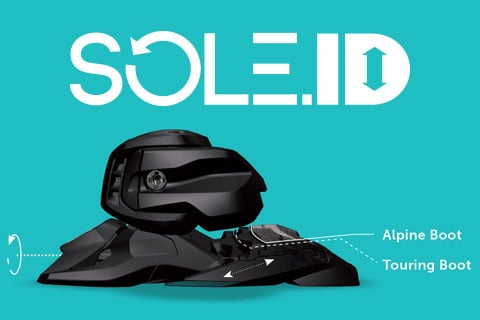 Use coupon code WELCOME10 for 10% off your first order.

Your Cart is Empty